You are here: Home / Archives for romance novels

For two months, I had company while writing. My computer screen had been split between my current manuscript and a livestream of my beloved mascot. Now, I am back to being a solitary author.

Mascot? Yes. Instead of staring into space during a blank moment, I was entertained by her antics. When I needed a mental break, she was there with her partner and staff to brighten the moment. Instead of being alone, I had her steadfast presence at all hours of the day and night. Now, she is gone. No, she did not pass away physically. Her livestream is gone and it is a time of mourning, nonetheless.

April, the famous giraffe at Animal Adventure Park in upstate New York was my mascot.

Someone had posted her story and a link on Facebook. I checked it out and became hooked. In a world filled with bad news, it was refreshing to have her elegant and calming presence. There was joy in watching her pregnancy progress and culminate in the birth of an adorable and spunky little boy.

For someone who has never had children, rooting for a pregnant giraffe may seem a bit strange. It wasn’t. April brought joy and hope to a damaged world. After all, I was one of millions who were voyeurs into her life.

I learned a great deal about giraffes and how they are an endangered species in the wild. About 25% of giraffe babies born in the wild do not survive, as giraffes are prey to predators (including humans). Captive births offer hope to increase their population so that their species will not be lost for future generations.

Yes, April with her hay showers, pacing and naps offered hope. She was tame, had a crazy mate in the much-younger Ollie and a bouncing baby boy. Their interactions and the love between this giraffe family and the parks’ staff was heartwarming. How many keepers hug and kiss their animals? How many wild animals let them? There was true love between Jordan Patch, the Park’s owner and staff: Alyssa, Corey and Dr. Tim. April brought out the love. Maybe that’s why, as a romance author, I was attracted to April and adopted her as my mascot.

I will miss her face (especially the carrot and romaine treats) sharing my screen time. However, as Jordan said, April’s story is to be continued. There will be other opportunities to connect with her. I, for one, have reservations to visit April and her team in New York this August. I get to experience the love in person.

If this isn’t “happily ever after,” what is?

In a previous post, I discussed how I had the rights reverted from a major publisher so that I could re-publish my novels my way.

This process involved hiring a cover artist to come up with new covers. My goal was for all of my book covers to have a consistent style.

The fabulous illustrator-cover artist Steven Novak was highly recommended. He had produced some beautiful covers for fellow romance and women’s fiction authors. Not only is he creatively gifted, he is also easy to work with. He listened to my needs and offered advice. He worked with me to collaborate on my book covers. I am pleased.

I thought I would share my before and after book covers, the original covers as created by the original publisher and the new covers I commissioned Steven to create.

What is your opinion about book covers? 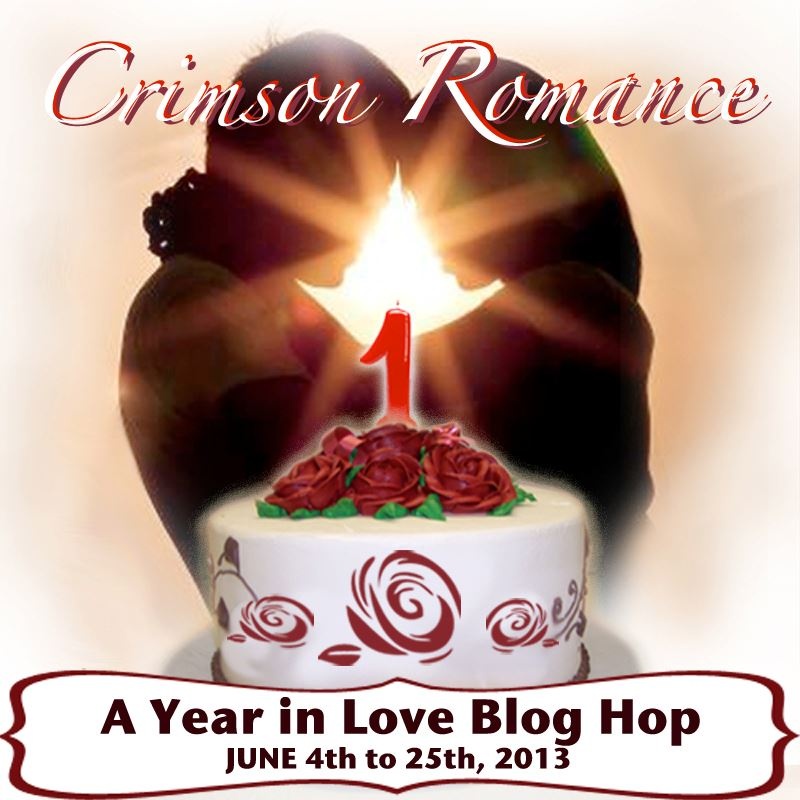 I am celebrating the one-year anniversary as a debut author with Crimson Romance. “Lab Test” was my first Crimson novel and in May, my fourth, “The Right Combination” was released. Time flies when you’re having fun.

For three weeks in June, the Crimson Romance Sisters are hosting a blog hop, where we will be offering a chance to win one of two $50 gift cards (one for Amazon and one for Barnes & Noble) to all those who visit our blogs. There are also going to be individual book giveaways from many of the participants, so be sure to check out everyone on the hop list, because there are prizes aplenty!

As well as the prizes, the participants are posting excerpts from their books to tempt you. And as if that wasn’t enough, there is an exclusive brand new short story being posted, written by seven Crimson Romance authors. Everyone is synchronising their posts, so all excerpts and story chapters will be available immediately, meaning you can spend all day happily clicking lots of lovely links and reading to your heart’s content!

Book Excerpt from “The Right Combination”

Safes are as mysterious and alluring as a woman.
Strong yet gentle to the touch.
Equally as tempting.

Rafe sought quiet and refuge from his father and Emilio. He walked through the side yard, brushing past scented geranium and hibiscus, ducking under a lemon tree and into the postage-stamp sized backyard. The air was muggy humid with the sweet aroma of his mother’s herb garden of cilantro, dill, oregano, basil. Salsa music drifted from a neighbor’s open window. A full moon glowed in the clear sky casting a blue light over the palm trees, bushes, and flowers.
As he looked up at the moon all he could see was Nalani Hana’s oval face, her almond eyes framed by wispy lashes, her high cheekbones, and lush full lips. He could almost smell her floral perfume and feel her honeyed skin. Wasn’t it bad enough that his family was plotting a relationship? None of it was making sense. Nalani was a suspect, an accomplice, or somehow related to a serious string of murders. The trip to Miami was to investigate her not fall for her.
“Beautiful moon, isn’t it?”
Her silken voice cut into his thoughts. Rafe turned to find Nalani standing only a few feet away. She was awash in moonlight, hair glittering, complexion aglow, like an angel sent down from the heavens. He stood in place, his heart pounding.
“I wasn’t expecting company,” he managed to say.
“Neither was I. Your sister and mother were making plans for me. I decided it was time for a walk.” She chuckled, flinging strands of her hair over her shoulder. “As fate would have it, I’d run into you, the other party in their plan.”
“I escaped my father and Emilio because of their matchmaking,” he admitted.
Nalani sashayed toward him, swishing her long skirt with her hands, breasts bouncing beneath her halter top. The night was hot and sultry and so was she. Rafe swiped at beads of perspiration forming on his brow.
“What are we to do about this?” she asked, stopping in front of him, hands resting on her narrow hips. Her smile was more electrifying than the moon’s glow.
Rafe took a step toward her. Peering down into her mocha eyes, he placed one hand on the small of her bare back, the other grasping her hand. Pulling her against him, he whispered in her ear.
“When all else fails, dance.” “Dance?” His breath was hot against her ear, his scent expensive spicy. Firm was his body, all of him, pressed against her. “Hear that music?” he asked. She tilted her head, listening to the strains of guitar, conga, trumpet, and other instruments wafting in the air. Holding her in an intimate embrace, Rafe led her into a slow rhumba. She followed his lead, impressed with his rhythm and timing. He had all the right moves set to music. For a moment she felt like Cinderella at the ball, but her ballroom was a backyard garden, the moon her candlelight, and prince charming Raphael Costillo.
“Do you know the name of that song?” Nalani asked.
“Besame Mucho.” He drew away to gaze into her eyes. “What does it mean?” she asked, noting the angles and planes of his handsome face,his full lips, and the gold flecks flickering in his dark eyes. “Kiss me a lot,” he answered. “That’s the translation, ‘kiss me a lot.’ Like this.” He lowered his head to brush her lips with his. Soft, moist, trembling. A man could get lost in her lips. He kissed her and kissed her again.
Closing her eyes, she looped her arms around his neck, standing on her tiptoes, stretching up and against him. The man knew how to kiss. Electric sparks radiated up and down her spine. As he kissed her upper lip, she parted her lips slightly. His lips parted, tongue caressing her upper and lower lips. Tilting her head back, she welcomed his probing tongue into her mouth. Wet heat filled her as his tongue mingled with hers. As their tongues danced and mated, he grasped her buttocks, pulling her up against his rising, hardening passion. She felt good, too good, as if she belonged connected to him. When she raised her leg and wrapped it around him, pressing him intimately against her, he thought he’d explode.
She looped her fingers through his thick wavy hair, drawing his face closer and kisses deeper. Thrusting her tongue into his mouth, he groaned. Nalani opened her eyes as Rafe pulled away, panting. His eyes were glazed over as if in shock when they focused on her.
“You’ll have to translate more songs for me, Rafe,” she mumbled, lost in his eyes.
He removed his hands from her. She moved her leg and lowered her hands to straighten her skirt.
“Blame it on the moonlight,” he whispered, voice quivering.

*** Visit an author link below to enter the raffle for some wonderful prizes!!!!